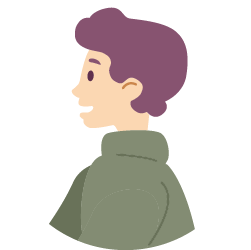 When talking about any profession, most people tend to focus on the here and now. That's understandable. it's really important to know what's going on in the present tense. But you are missing out on some vital information if you never read and learn about the history of a profession. This applies to plumbing, in particular. You can really further your understanding of the profession by knowing how it began and what changes have been made over the years. That's why we sometimes reference the history of plumbing on this blog. We'll also dive into the future of the profession from time to time because, after all, you have to know where you're headed.

Plumbers: Back Then, Today, and Tomorrow

There are plenty of ways for your home's drains to slow down or back up. For example, flushing a large, solid piece of trash down a toilet can create a "hard" blockage that physically obstructs your plumbing. This blockage will stop some amount of water from flowing down the drain and may also serve as a point for other debris to accumulate.

Of course, solving this type of blockage is usually relatively straightforward. If a plumber can reach the blockage with a snake or augur, they can usually pull it out. However, "soft" blockages can be more challenging. These pipe restrictions typically form over time and don't present a single target for easy removal.

How Do Soft Blockages Form?

Soft blockages slowly build up over time, forming over months or even years. Unlike hard blockages, you typically won't notice any change in your drains when the blockage begins to take shape. For example, sending some grease or oil down your drain might be enough to coat the walls of your sewer plumbing, creating an initial layer that's too thin to cause any problems.

Unfortunately, this initial layer is only the beginning of your problems. As more grease and fat go down your drain, small portions will become trapped along the walls of your pipes. This situation will slowly narrow the interior diameter of the pipe, creating a restriction that will slow your drains. Larger objects or particles may also become trapped in these narrow sections.

Soft blocks can often be deceptive, as over-the-counter drain chemicals may temporarily relieve some symptoms. These methods can strip some layers away or temporarily break up part of the blockage, allowing water to flow more freely. The downside is that the problem will inevitably return since these solutions don't effectively clean enough gunk from the pipe walls.

How Does Hydro Jetting Help?

If you've heard of hydro jets before, you might imagine something like an incredibly intense garden hose. In reality, hydro jet heads are more complex, and most plumbers have numerous heads for different tasks. These heads offer many different spray patterns to clear out blockages and scour interior pipe walls.

As a result, hydro jetting does more than break up part of a blockage or address the most constricted portion of your plumbing. Your plumber will move the hydro jet through your drains, potentially switching heads as necessary, allowing it to clear away restrictions and remove soft build-up along your plumbing walls.

This approach provides an effective and permanent solution to drains clogged by a soft blockage. Since the hydro jet removes most or all of the initial layers of grease and fat, your plumbing will be able to remain free and clear over the long term. Reach out to a company such as LeadingEdge Plumbing & Rooter, Inc. to learn more.